MOSSACK & FONSECA To Close Its Branches In The CROWN DEPENDENCIES.
Share This

The Panama law firm of Mossack and Fonseca, under attack from both the media, as well as a global public that is incensed over the firm's facilitation of tax evasion, and money laundering, has announced that it is closing* some of its overseas branch offices. Many of these far-flung entities, which employ misleading names, so as to confuse inquiries, are, in truth and in fact, wholly-owned subsidiaries, that act as rainmakers and business development agents for MF. 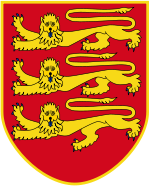 In the Crown Dependencies of the United Kingdom, the Mossack Fonseca branch offices in the Isle of Man, and the one located in the Bailiwick of Jersey, in the Channel Islands, will close shortly. The grounds cited in press releases translate to the disclosures of the Panama Papers. which showed an inordinate number of shell companies had been formed in these two island financial centers, which lie outside the European Union.

The Mossack office located in the British Overseas Territory of Gibraltar has also notified the local financial community that it is also being closed. It would appear that the Mossack Fonscea brand has become indigestible for the world's financial professionals. Whether the firm will survive remains an open question, but repeated foreign office closures indicate that it is a distinct possibility.

*Update: Unconfirmed reports now indicate that MF has closed its offices in the states of Nevada and Wyoming.