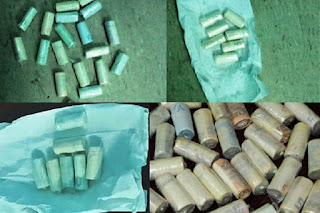 In what appears to the the first money laundering conviction in the East Caribbean island of St. Lucia, a Venezuelan national was sentenced to twelve months in prison, after the authorities found a treasure trove of cash in his hotel room, and within his stomach. Reglio Jesus Patino Reyes, a bulk cash smuggler, had dollars, Euros, Bolivars, and even some Chinese currency in his room, and more bulk cash was found when hospital action result in his expelling additional notes.